You may have never used a Bitcoin or Bitcoin Mining Hardware, but chances are you have heard about them by now. Since it’s creation in 2009, Bitcoin has been talked about in the technology and financial sectors, due to the potential importance of an Internet currency in the future. At its highest levels, a bitcoin is simply a code inside the computer that can be used as money to purchase items or services from anyone who accepts a Bitcoin as a means of payment. A miner is the hardware used to mining bitcoins (we will discuss this further later).

Currently, one Bitcoin will run around $500 - $900 each and there are only 21-million available (or will be created). And will hopefully help reduce the possibility of inflation on the market. Being an online monetary system, it’s quite obvious that Bitcoin has drawn the attention of many people who are interested in its potential effects.

But there is more to Bitcoin’s than the simple process of transactions for goods. You are here because you are interested in the creation of bitcoins  and  Mining Hardware.

If you are new to Bitcoins, start by reviewing these article:

What is Mining in the Bitcoin world 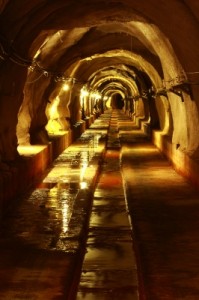 Because there is no central government that controls Bitcoin’s, you may be wondering how they are created, managed or given as a form of currency. Well the creation of new bitcoins is called, “mining.”

At a high level mining is the process by which individuals (like yourself) solving complicated math problems, in order to break down a code that is necessary to be rewarded with a Bitcoin. Upon completion of the math problem, the user would be given a Bitcoin as compensation.

The mining process is one of the pillars that supports the bitcoin community and is critical to the success of the Bitcoin industry. As a miner you are part of something evolutionary, the creation of a “new currency” and a new way of thinking about money.

At first, bitcoin devices used the CPU in your computer hardware as a very slow method of solving the block equations. However, after a short period of time it was realized that computer GPU’s (your graphic card) could be used to improve the mining process and work more efficiently and, most importantly, quicker at solving bitcoin blocks.

The evolution continues with the introduction of FPGA Mining Hardware which brought a reduce power consumption used by the hardware.  This however was short lived and quickly replaced with the now popluar ASIC technology

The current industry leader for any bitcoin miner is called ASIC hardware (or ASIC mining hardware) and is a must-have for any Bitcoin miner.

Application-specific integrated circuit chips, or ASIC hardware was originally created to solve Bitcoin equations, while not requiring an overextended amount of normal computer applications. These ASIC systems could do much more complicated equations, at a much quicker rate, while using less electricity and power than older hardware like CPU,  GPU and FPGA.

As mining becomes more popular, the value of ASIC hardware increases, as it is nearly impossible to keep up with the mining difficult without an ASIC system. Furthermore, ASIC technology appears to be the quickest and most affective method at this time. This makes it the most effective way to go about mining. 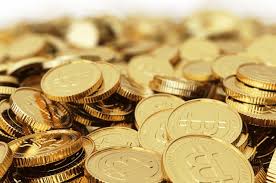 If you are interested in getting involved with a mining system, there are a few specifics you should looking into for your ASIC miner. Most importantly are the speed in which is makes ‘hashes’ per second and the amount of power (in watts) that the hardware puts off.

What is Hash Rate

The hash rate of a ASIC device is the amount of mathematical equations that the computer can make per second. For example, a machine that can make 20 TH/s can make up to 20 trillion calculations. Oh yeah, that’s PER SECOND.

As you can see, as more people have become involved in mining it’s unheard of an individual who can make that many calculations that quickly, before ASIC bitcoin mining hardware that is.

This greatly impacts your potential returns, as the difficult goes up your ROI goes down since it takes longer to solve a block. Its important to keep an eye on the difficult level as more ASIC base bitcoin mining hardware comes online.

The problem with computer hardware that is running that fast is that it is going to burn up a lot of electricity and power. Therefore, the second factor you should consider for a mining system is the amount of energy it puts off.

Make no mistake, mining can make you money (and alot of it if you are serious), but expect to pay over $2000 for quality bitcoin mining hardware. Always make sure that your bitcoin miner investment will make a positive ROI.

The other price factor to consider is the current price of 1 bitcoin. This is the number one factor that really determines if mining bitcoin is worth it or not. If the price of one bitcoin goes up then it has a positive affect on most of the other factors.

As the popularity of Bitcoin miner systems increase, so does the amount of companies that are putting out ASIC bitcoin mining hardware and claim to be the best. However, the truth is that there are a few that are better than the rest and certainly worth your money more than competitors.

One of the top Bitcoin miner machines available is the KNCMiner Neptune. KNCMiner has a few different options, but the Neptune really hits hard, while also being extremely efficient. This ASIC bitcoin mining hardware includes:

KNCMiner also has Jupiter models that put off 650 GH/s for $4995 (orders maybe limited).

Once you have accumulated Bitcoin’s, you may wonder what to do with them. If you don’t want to purchase goods or services, you can just as easily trade your Bitcoin in exchange markets, much like the New York Stock Exchange or other exchange markets.

When trading Bitcoin, you will want to consider the liquidity of the Bitcoin, the fee’s associated with trading, as well as the location of the exchange (as with any sort of money, there is attempted illegal activity for mining and knowing where your exchange is located will help add to the legitimacy of the transaction). Some popular Bitcoin exchanges:

These are all online resources that help you manage and trade your Bitcoin currency. You can transfer Bitcoin directly from your Bitcoin Wallet to any exchange.

What’s Next Beyond Bitcoin?

It’s obvious that Bitcoin’s are something that everyone is keeping their eye on. As the Internet continues to grow, the value of an online currency offers great potential for transaction purposes. And aside from Bitcoin’s, there are new virtual currencies such as Litecoin’s (and most recently Feather coins) that are also created with the purpose of being an online currency system.

It is important to keep an eye on the Bitcoin market and how the world reacts to the possibility of an international currency that is valued everywhere you go online.
Thanks for visiting www.topbitcoinmininghardware.com, if you liked this article please use our social buttons to give us the thumbs up. Also check out our Bitcoin Miner Comparison Table.