With Bitcoin’s popularity and adoption rising on a daily basis, the race is on for Bitcoin miners to capitalize. In order to do so, those wanting to mine for Bitcoins need to acquire the very best mining technology. There are a number of Bitcoin mining companies on the market already (e.g KNCMiner and CoinTerra), but as more people enter the mining territory, there’s a greater need for capable machines.

The platonic ideal of a Bitcoin miner is one that’s high on power and low in electricity consumption. We’ll be evaluating the HashFast Sierra Evo 3 to see how it holds up, and whether it’s worth the investment after the companies success with their babyjet miner. 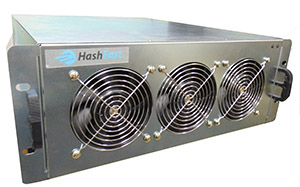 On paper, the Sierra Evo 3 holds up very well. Consider its processing power, which is by far the most critical aspect to consider. It runs on a 28nm ASIC chip, with different clock speeds to adjust performance. Its performance rating of 2.0 TH/s - meaning it can perform two trillion calculations per second which puts it among the best Bitcoin miners currently available.

Given the fact that the digital currency is only getting harder and harder to mine, the importance here cannot be understated. It’s probably the most critical factor for anyone to consider. We’re happy to say that in this regard, the Evo 3 is incredibly powerful.

Of course, electricity is important to keep in mind when considering any device for Bitcoin mining. Those new to mining may not be as familiar with the concept, but the number of calculations that will be performed on any given unit do require a tremendous amount of electricity. It’s not worth the effort if a miner generates a few Bitcoins but also runs up a power bill that’s many multiples of what it produces. 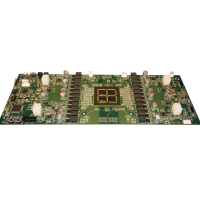 Fortunately, the HashFast Sierra Evo 3 has a more than reasonable level of power consumption. It requires 2200W, with a plus-minus rating of 20 percent. This puts it right in line with some of the highest rated Bitcoin miners already available. Two things work in the Evo 3′s favor here.

First is the fact that it’s going to mine Bitcoins much quicker than other units thanks to its immense processing power. Second is the fact that those Bitcoins are expected to appreciate in value rapidly after being mined. In other words, it’s best to invest now and let the appreciation in value offset the costs incurred of having one of the more powerful units available.

HashFast kept the user in mind when designing its unit. It uses a standard 4U form-factor and, to keep the installation process relatively simple and flexible, allows users to decide for themselves what power supplies to use with the miner. In any system with this much horsepower under the hood, there’s going to be a need for a well-integrated cooling system.

Each of the system’s three chips has its own liquid cooling. This certainly eased our concerns in reviewing the unit, and it’s difficult to foresee a scenario in which the dedicated liquid systems wouldn’t be sufficient. Thanks to the attention to detail here, the Sierra Evo 3 should hold up perfectly even in scenarios where the installation space isn’t ideal.

When it’s all said and done, there are very few reasons not to recommend the HashFast Sierra Evo 3. It’s an incredibly powerful machine with a reasonable power draw, and a form factor that makes it versatile for anyone looking to purchase it. For anyone interested in getting started with Bitcoin mining or simply upgrading their current setup, the only Sierra Evo 3 is the only unit that should merit extensive consideration. Good luck, miners!