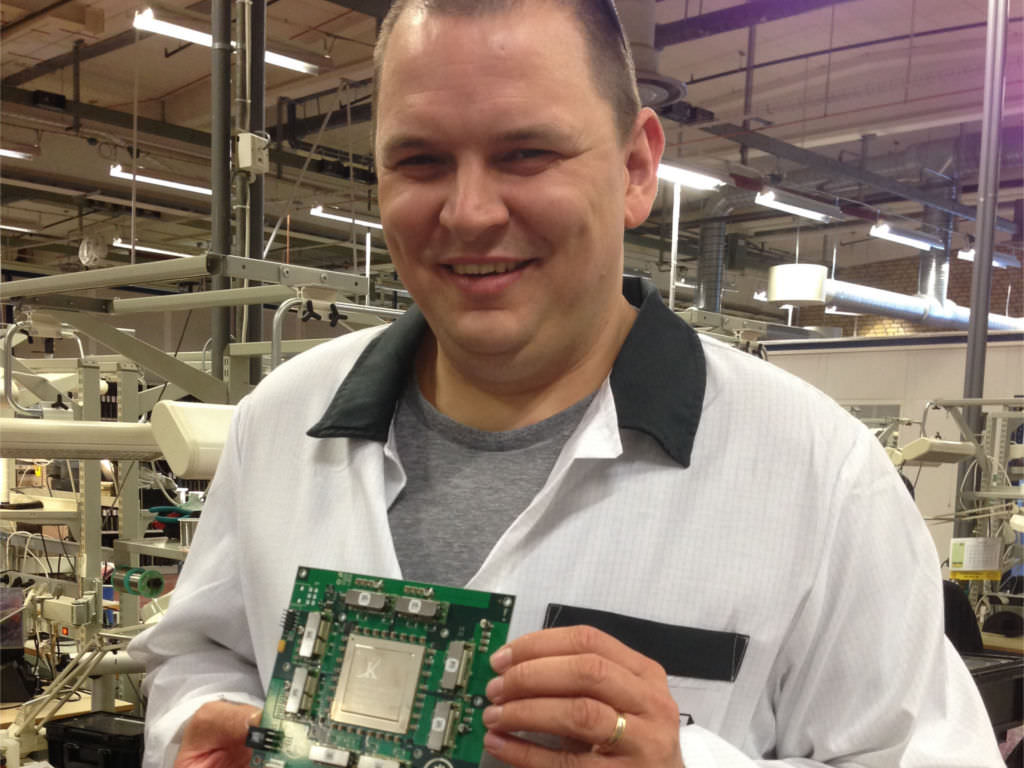 KnCMiner has finished production of its Jupiter bitcoin mining rigs and has started shipping to customers.

The Sweden-based company revealed in a YouTube video that the Jupiter will mine at over 550 GH/s with a theoretical limit of around 576 GH/s, which is considerably higher than the 400 GH/s promised back in July.

In the video, KnCMiner co-founders Sam Cole and Marcus Erlandsson show off the Jupiter rig in action and demonstrate its hashing power.

“It has been a long summer and to have predicted our own deadline from five months out and hit it with 45 minutes to spare just proves how hard we have worked over the last few months,” Cole told CoinDesk.

He went on to say the KnCMiner team has enjoyed proving to the community that it is possible to produce rigs in a short timeframe and encouraged them to push all existing and new hardware companies to deliver on their promises.

Cole said the company is now focusing on producing as many boxes through its production facility as possible. He added:

“We have 22 stations manned by assembly experts to make sure we can keep on top of the orders and have the boxes ship as soon as possible.

Our engineers have also been working through the night to tune the power consumption and the latest test indicates that we will have a much better result than 1.4 watts at the wall.”

Cole explained that if the team can make the firmware stable it will pass on all savings to its customers.

Back in August, KnCMiner ran a competition to find a slogan for its controller board, and the winning phrase has now been revealed as “The whole world, only one block apart”, which was suggested by BitcoinTalk.org forum member D.Wolk.

Cole said he would like to thank D.Wolk and everyone who has offered encouragement to KnCMiner: “We would like to thank all of our customers who believed in us since the start all those months ago. It has been a wild ride and we really appreciate all the support we have been given.”

He concluded that he is looking forward to unveiling the plans for the company’s Gen 1.5 and Gen 2 devices in the coming months.

Are you waiting for a Jupiter to be delivered? Let us know what you think of it when it arrives.