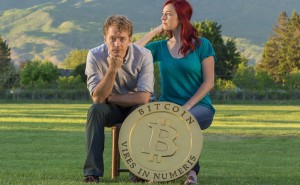 How far have we come with bitcoin? Where can you spend it? What’s the situation on the ground today?

If there is anyone qualified to answer those questions, it might be Austin Craig, who has just spent 100 days abstaining from traditional currency and devoting himself to using only bitcoin.

He and Beccy Bingham-Craig, who were recently married, set out on a unique adventure that took them across three continents in pursuit of businesses that would accept bitcoin. They called it, “Life on Bitcoin“.

“The goal was to see what was possible with bitcoin,” says Austin on Skype from Provo, Utah, where he and Beccy live.

His conclusion? Anything is possible, but nothing is easy… Yet.

“Even the simplest things proved to be a challenge,” he says.

During their experiment, they travelled across the US before flying to Stockholm, Berlin and Singapore.

What the couple found is both dispiriting and hugely exciting. Bitcoiners abound, but the businesses set up to take their money are still few and far between.

“Everything you want is in New York city,” says Austin, as an example. “But bitcoin-accepting businesses are still pretty scarce.”

In other words, the field is wide open.

Along the way they used a combination of charm, ingenuity and the help of a few businesses that could enable some of the trickier challenges they faced.

But despite a rapidly spreading awareness about the currency, more needs to be done to encourage uptake, says Austin:

“If we want people to start using this, if my parents are going to use this some day, we’re not just going to have to give them directions, we’re going to have to build the road, pave it, put up welcome signs and line the place with shops.”

As well as being a personal journey, the couple set out to make a documentary called “Life on Bitcoin”, raising just over $70,000 (£43,500) on Kickstarter.

They have accumulated over 200 hours of footage so far. When the production team have finished processing that footage, there will be more filming, interviews and exploration beyond what Austin and Beccy directly experienced.

He describes the documentary as a “Trojan horse” – it is ostensibly about the adventures of a newly-wedded couple from Utah, but really at it’s heart an exploration of a new phenomenon that promises to shape the 21 century.

“We want this to be a documentary that covers bitcoin as a global movement.”