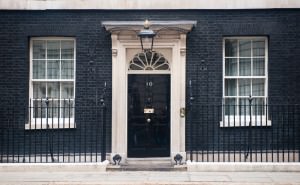 Bitcoin faces many hurdles before it may become an everyday currency. For businesses, one of these hurdles is the uncertainty surrounding its tax status.

Across Europe, sales tax is known as Value Added Tax (VAT). When a nation begins to charge tax against bitcoin, many may interpret it as acceptance.

However, it’s possible that the application of VAT could serve to kill bitcoin too.

When news broke earlier this year that Germany was regarding bitcoin as “private money”, many rejoiced because it was the first time a European country had laid down any rules about bitcoin at all.

The tax situation there still remains uncertain, though. While it’s clear that Germany excludes bitcoin from capital gains tax after the first year of possession, the original article published in De Welt makes no definite reference as to how sales tax would be handled.

Because tax laws are harmonised across the European economic area, the German case is being watched by many.

The status of bitcoin as a currency, or not, and the consequent application of tax law may lead to a chilling effect on the adoption of bitcoin.

For example, consider this anecdote about Swedish VAT on the Bitcoin Forum. Here the post claims that bitcoin is regarded as a good, not a currency in its own right.

Therefore, VAT is applicable to the whole volume of a trade in bitcoin.

Note that the case for fiat currency conversion is that VAT is not changed on the volume of the trade, but only on the service charge.

In the UK, businesses only have to register for VAT collection once its turnover reaches £79,000 (for this tax year).

For a business looking to setup as a bitcoin exchange, the matter of whether bitcoin is regarded as a currency or a good makes a critical difference.

As Tom Gullen described on his blog, Her Majesty’s Revenue & Customs (HMRC) seems to be classifying bitcoins as vouchers, which means VAT would be due on any sales.

A 20% mark-up on bitcoin prices would make UK exchanges untenable. In addition to Gullen’s statement, an independent source told us that HMRC had given them the same classification.

At the time, it was said that he “left the meeting feeling largely optimistic”.

However, his subsequent communications yielded the following statement from HMRC: “Our Policy teams’ view is that these are not currency. It is our view that the provision of bitcoins is the sale of vouchers. These are likely to be ‘single purpose’ vouchers.”

Robinson said: “This is obviously an entirely inappropriate classification for bitcoin: they aren’t issued by anyone, they don’t have a ‘face value’ and they can be redeemed for a wide range of goods and services.”