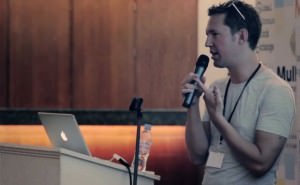 A proposal emerged this week that could please regulators and law enforcers alike, by ‘marking’ bitcoin transactions or addresses to make illicit activities easier to track.

And another proposal from a New York-based startup would increase regulator confidence by tying identities more closely to bitcoin addresses.

The coin marking proposal came from Mike Hearn, the chair of the Bitcoin Foundation’s Law and Policy Committee, who has had a tough day on Reddit.

Hearn wanted to open the debate about marking bitcoins (something which he originally called “redlisting” in the post). But how would that work, and why would people do it?

Bitcoin transactions use inputs and outputs. The outputs from one transaction become the inputs for others, and so on, meaning that you can trace where your inputs came from, through the block chain.

Hearn’s idea is to identify bitcoin outputs that have been stolen or used for criminal activity, and mark them.

If an exchange gets hacked, for example, and the outputs are sent to a specific address, those outputs would be marked. They would remain marked when they were sent to new addresses, even when they were split into smaller outputs.

When a person received an output derived from an earlier output that has been marked, their bitcoin client can be programmed to alert them – even if it happened lots of transactions later.

In spite of the Redditor’s headline, Hearn is deliberately not using the term ‘blacklisting’ because he’s not advocating that any restrictions are put on the bitcoins.

“A marking scheme, such as [the one] I proposed, does not/should not affect the spendability of coins,” he said. “It’s purely informational – kind of like a ‘wanted poster’ for the internet age.”

Core developer Gregory Maxwell seems to be against marking at all. Indeed, he invented a mechanism designed to increase the privacy of bitcoin transactions, called CoinJoin.

“If you have ‘good’ and ‘bad’ coins, that destroys fungibility, rapidly. Everyone must screen coins they accept or risk being left holding the bag,” he said, in an online post. “Fungibility is an essential property of a money like good and without it the money cannot remove transactional friction.”

“Bitcoins can’t be forged, but they can be double-spent, in which case you might lose money you accepted,” he said.

“Thus, an unconfirmed transaction with zero fees is somehow not as good as one that is already buried under 1000 blocks. Though technically they’re both bitcoins, one is superior to another.” Or, as Orwell might have said, six confirmations good, zero confirmations bad.

What about mixing services, which take bitcoin outputs and deliberately reroute them from a pool, obfuscating their source?

They represent a technical challenge, admits Hearn, because all …read more