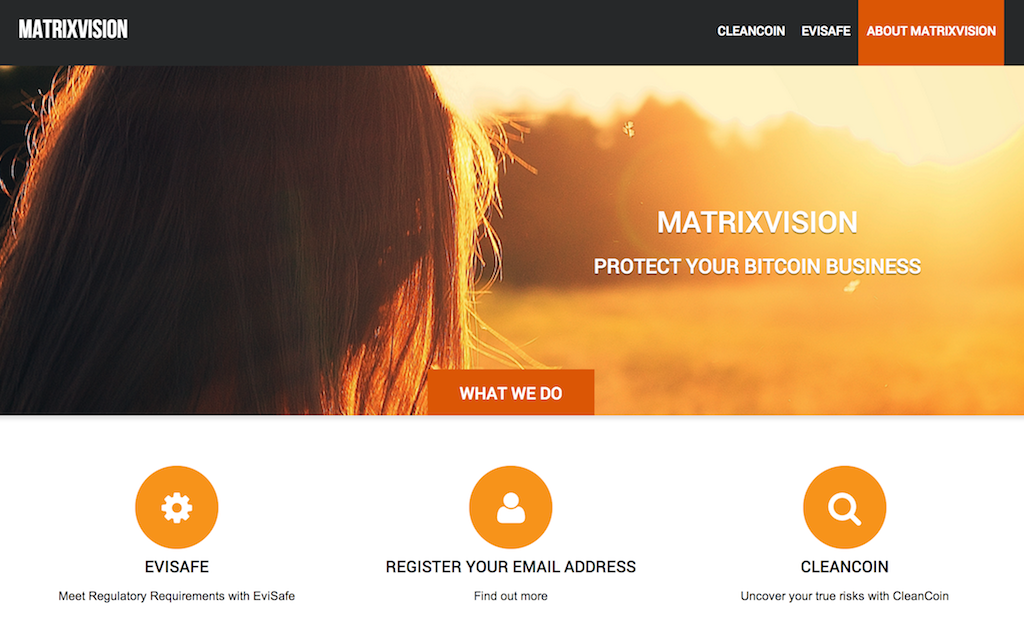 A new analytics service called MatrixVision aims to make bitcoin “cleaner than cash” for large trade volume enterprises, helping them to avoid association with illegal activity and stay on good terms with their partners in the traditional finance industry.

As this rises even further, many are concerned not only that a proportion of this traffic could be the proceeds of illegal activity, but also about actions that could be taken against them by regulators and law enforcement should such evidence be found.

Regulators themselves have repeatedly warned bitcoin businesses they are viewed as money transmitters, requiring them to take steps to identify illegal activity and report it to the authorities. This might include evidence of money laundering, the proceeds of large-scale thefts, or regular suspicious trades.

MatrixVision wants to do exactly that: trawl all available information in the bitcoin block chain and real-world data, cross-referencing them using its custom matrices (hence the name) and providing a degree of extra visibility to stop criminals cashing out their funds at scale.

This enables businesses to work in jurisdictions where bitcoin use is either heavily regulated, or not at all. Users can take their suspicions to whichever local entity handles their entry and exit points to the fiat economy.

Tokyo-based CEO Marco Crispini says MatrixVision is designed to identify suspicious activity even when obfuscators like bitcoin ‘mixers’ and chains of different wallets are deployed to hide it.

“By analyzing all the information out there we’re able to compress the distance from source a money launderer attempts to create and see what’s suspicious anyway,” he said. “If you’re talking large amounts of money, there are many, many more data points for us to correlate.”

“We use all the obvious techniques like examining block chain data, and we cluster it based on certain attributes. Then there’s real-world information like a disconnect between a company’s official turnover and the amount of money they’re putting in and taking out of an exchange.”

Any financial services business dealing in large amounts of bitcoin will inevitably face dealing with the kind of clients it needs to avoid. 4,100 BTC ($1.2m at current values) recently disappeared from ‘secure’ wallet service Inputs.io, and evidence of that theft will forever exist in bitcoin’s permanent ledger in some form.

At some stage, the perpetrator will probably attempt make use of the proceeds, or may even attempt to cash out into fiat currency.

“Now if you’re another exchange out there, you don’t want to be anywhere near that money,” Crispini said.

He is quick to point out that MatrixVision does not ‘taint’ coins in any way — that is, leaving them with a permanent stain of criminal activity and cursing future innocent owners to harassment based on their money’s history.

It’s not his company’s mission to surveil or police the block chain – as a non-US business, his company will respond to …read more