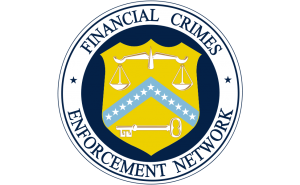 With the US Senate setting 18th November as the start date for its committee hearings into bitcoin, it’s time to take a look at some of the more significant events in bitcoin’s short but colorful legal history.

Whether or not bitcoin requires, or should seek, regulatory approval is a major source of heated debate on bitcoin discussion forums, but the regulation issue will remain prominent as long as significant amounts of wealth are at stake.

CoinDesk’s ‘Is bitcoin legal?‘ page is a good source of information on bitcoin’s current legal status and the major regulatory players.

Stepping out of the shadows

Though early enthusiasts had already recognized bitcoin’s world-altering potential, its rise to mainstream attention was inglorious at first.

Before 2013, bitcoin was known mainly to non-participants as the currency of choice on online black marketplace Silk Road and its buffet of illegal products and services.

Bitcoin has found it difficult to shake the connection even months after Silk Road’s shutdown, with mainstream and even technology media constantly referring to the ‘link’ in almost every story about digital currency.

US Senators Chuck Schumer and Joe Manchin even called for a ‘crackdown’ on bitcoin in June 2011, overlooking any merits to the currency and focusing on its “untraceability” and its role in assisting criminal activity.

The US Drug Enforcement Agency (DEA) responded with similar concerns about anonymous digital currencies, referring to them as “emerging threats”.

In early 2012, bitcoin was still considered a hobby for technology enthusiasts, but its impact on the real-world wealth of some had caught the regulators’ attention.

“The anonymous transfer of significant wealth is obviously a money-laundering risk, and at some level we are aware of bitcoin and other similar operations, and we are studying the mechanism behind bitcoin,” said Steve Hudak, a spokesman for the Financial Crimes Enforcement Network (FinCEN), in a report published in American Banker.

Several significant bitcoin-related thefts and hacks have occurred since 2011, each one raising louder questions about the amounts of wealth at stake and a need for further regulation.

Nearly all major bitcoin players have been affected, with varying degrees of user satisfaction with outcomes.

Most of the victims were forced to close amid vows to return in glory someday, while others such as Mt. Gox and BTC-e are still operating today.

TradeHill, the second-largest bitcoin exchange at the time, shut its doors amid regulatory pressure and a six-figure legal dispute, returning investor funds in February 2012.

The news caused bitcoin’s value to fall from $5.50 …read more