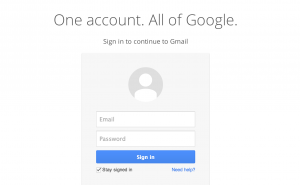 Brian Armstrong, CEO of Coinbase, is a hard man to track down. It took CoinDesk months to get him on the phone. “Things have been busy!” he said.

No wonder. Armstrong is leading the charge to make bitcoin a mainstream currency. His firm specializes in services that make it easy to use.

Customers in the US can buy bitcoins from Coinbase using credit cards. They can keep them easily in a web-based wallet, an iPhone app, and they can send them to each other via email addresses, without having to worry about QR codes or random alphanumeric gibberish. They can even use SMS if they want. How is it able to do this?

Core developer Jeff Garzik once said that although the underlying protocol for the bitcoin currency had been developed, a second layer of services designed to exploit the coin was still needed.

These services, such as more intuitive payment systems, credit services, stock exchanges, and smart property, are what will give bitcoin more traction among mainstream users who would run a mile from a public bitcoin key.

Coinbase isn’t building most of them – but it is focusing on making a superset of services as simple as possible.

“We want to make bitcoin easier, and if we can do it with underlying bitcoin technology we will always do it that way first,” he says.

“But if customers ask for something like recurring billing, or subscription payments, or free micro-transactions and we can’t think of a way to do it with the underlying protocol, then we are going to provide it on top of the protocol.”

This creates something of a bubble for Coinbase and its customers. When Coinbase users send each other bitcoins between Coinbase wallets, they send money to email addresses, rather than bitcoin addresses. This is one of the ease-of-use features offered by the company.

What exactly does Coinbase do?

It has competitors in all three areas (BitPay in the merchant space, for example), but capitalizes on being one of the only companies – if not the only one – to offer an end-to-end ecosystem.

Armstrong describes the company’s advances in each of these areas. The off-chain transactions in its user wallet offering nestled alongside paper wallet, and bitcoin rewards for referring other customers.

On the merchant side, it enabled merchants to collect shipping addresses and emails through its merchant tools earlier this month, and has been offering recurring payments since May. Merchants can also accept microtransactions with zero fees.

Isn’t it dangerous to take large amounts of bitcoin trades off-chain and offer them non-standard services such as the ability to send to email addresses? By creating a bubble of customers who …read more