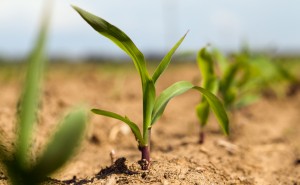 Organic farmers in Argentina are finding bitcoin to be a compelling solution when selling their produce through a website called Tierra Buena. The website has been highlighted in a new short film by Jacob Hansen.

The film tells the story of how Nubis Bruno (one of the people behind the exchange site, Conectabitcoin) helped local farmers by creating the website as a means to sell their produce online in exchange for bitcoin or litecoin (and Pesos).

The existence of Tierra Buena doesn’t signal a pending economic revolution in Argentina, or anywhere else. However, it is a great anecdote of how digital currencies can be genuinely helpful.

It is also a way for the public to see how – the admittedly esoteric – digital currencies can have a tangible effect on down-to-earth activities.

In the short documentary, Santiago Zaz (the farmer behind Tierra Buena) describes how using bitcoin gave him the freedom to trade in his own way and not have to get permission from payment handlers for how he runs his business.

He even implies that being bound to a bank influenced the type of fertilizer and seeds he could use.

While the story of Tierra Buena is somewhat isolated, it is an interesting case study of how bitcoin can help stimulate independent and small-scale businesses.

Tierra Buena sells its goods online, which means it would normally have to go through a credit card handler or PayPal. Both charge fees on payments received by the merchant, which reduces their margins.

Furthermore, such payment handling bodies have specific terms of service that a business must adhere to.

Most of the time, such terms of service are there for a good reason, but in some cases they can be unnecessarily restrictive.

For example, Hansen said bank account regulations in his native Denmark are huge and provide a great amount of friction against launching a small business.

Therefore, bitcoin provides a compelling alternative in the face of overwhelming rules and regulations that may cause a chilling effect on businesses.

Bitcoin allows businesses to operate in a completely deregulated manner. Obviously, this has positive and negative consequences. However, in the age of social media where reputation is everything, unscrupulous businesses will have a much more difficult time finding customers.

The other negative, of course, is the operation of illegal (ie black market) businesses. However, those who want to deal in such things will always find a way, and so ordinary people shouldn’t be closed out of something like bitcoin that can open so many positive doors too.

Both Hansen and Bruno told us that the volume of orders with Tierra Buena is still small, and that only 10% of orders are actually paid in bitcoin rather than Pesos (according to Bruno, litecoin orders are negligible).

“Mainstream acceptance is a huge challenge for bitcoin. To get there, it must gain trust and become far easier to use than it is now.”

Furthermore, Bruno explained that most of that 10% of bitcoin-paying customers are either expats or people from the technology sector.