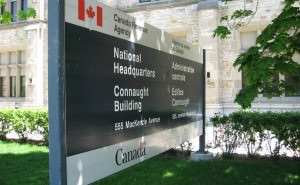 My name is Matt Burgoyne and I’m an associate at Canadian legal firm McLeod Law. I’m involved with Canadian and international counsel in the developing area of virtual currency law, specifically including bitcoin currency. In this two-part series, I will give a basic primer on the state of Canadian law as it applies to digital currency entrepreneurs.

Unlike its elephant neighbour to the south, Canada’s federal and provincial governments and their regulators have been relatively quiet when it comes to the issue of bitcoin and exactly how it should be defined and governed. Despite the lack of a formal position on bitcoin, we as lawyers can make educated guesses on the federal and provincial legislation that might apply to businesses operating in the bitcoin space in Canada.

In this first article of a two-part series, we will cover the Canadian federal law as it currently applies (or more accurately doesn’t apply) to Canadian businesses operating in the bitcoin space. In Part II, we will cover provincial regulations pertaining to, or which could pertain to, bitcoin businesses. In Canada, it’s safe to say the bulk of the action lies within the domain of our federal legislation, compared with the situation in the US where, as Marco Santori phrased it, “the state level is really where the action is”.

Will the Canada Revenue Agency want a piece of the action?

The Canada Revenue Agency (the CRA) is our federal taxman equivalent to the IRS is the US and the HMRC in the UK. It’s governed by federal legislation called the Income Tax Act (Canada) (the Tax Act).

To the best of my knowledge, aside from a Canadian Broadcasting Corporation (CBC) news article posted on CBC’s website in late April, where a representative of the CRA confirmed that taxes on bitcoin could indeed apply to certain transactions pursuant to the Tax Act, no branch of the Canadian government has issued an official notice or any form of written guidance on the state of the law of bitcoin.

The scant information provided by the CRA referred to in the CBC news article confirmed that two separate tax rules apply to bitcoin, depending on whether bitcoins are being used as money to buy things or if they are merely bought and sold for speculative purposes.

According to CRA spokesman Philippe Brideau, barter transaction rules would apply between arms-length parties, such that where a purchaser has received value in a bitcoin transaction (and that value is received in fiat currency or bitcoin), that value must be documented as a taxable gain of at least the amount of the value of the good being exchanged or sold.

He went on to state:

“When bitcoins are bought and sold like a commodity, any resulting gains or losses could be income or capital for the taxpayer depending on the specific facts.”

In the CBC news article, Brideau made reference to the archaic CRA Interpretation Bulletin IT-490, which is dated 5th July, 1982. It refers to “sophisticated computer-controlled systems of commerce proliferated by franchised, member only …read more