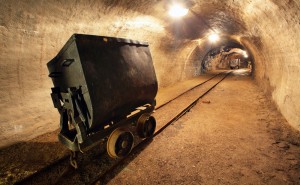 Everyone knows the first person who walked on the moon. Lots of people know the second. But whoever remembers the third?

As the third largest cryptocurrency in the world, peercoin (also know as Peer-to-Peer Coin or PPCoin) is trying to bolster its reputation. It isn’t doing too badly having just been accepted as an official currency by new Canadian exchange Vault of Satoshi. A local face-to-face peercoin exchange is also launching, and efforts are been made to get specialist event organizers to use peercoin as their official currency.

Peercoin may be ‘the little altcoin that could’, but it still has a long way to go. Its market cap is the third largest, but it equates to just 37,000 BTC, or around $8.7m at the time of writing (that’s about as much as the UK’s Barclays bank earned every three hours last year).

Comparatively, litecoin’s market capitalisation is almost eight times as much, and you could fit peercoin into bitcoin 322 times. This shows just how consolidated the cryptocurrency market is.

Nevertheless, peercoin’s founder Sunny King is trying hard to make it a success. At this point, following the decreasing involvement of Scott Nadal, who co-authored the white paper on peercoin in August 2012, King is its sole core developer.

Peercoin is based on the same SHA-256 proof of work mechanism that bitcoin uses, but it is also designed to produce coins in another way: proof of stake.

Whereas proof of work generates bitcoins using computational power, proof of stake relies on the coins that people already have in their possession.

The network gives people more coins based on how many they already have, under a minting algorithm that acknowledges the age of a coin (giving a whole new meaning to the phrase ‘old money’).

The idea is to create a system that uses less electricity than a proof of work-based system. Other benefits also include low inflation – transaction fees are destroyed to offset inflation from proof of stake minting – and longer-term stability.

“For the long term, bitcoin’s mining generation would tend to zero, so mining would be supported mostly through transaction fees,” King said. “The security of [the] bitcoin network in the long-term would depend on whether transaction fees can sustain a good enough security [sic].”

Bitcoin transaction fees will become more important to the network’s performance as mining rewards reduce, because they will become the miners’ main incentive.

That being said, proof of stake still represents a miniscule part of peercoin’s overall coin generation system. Most of the coins are still generated by miners, who King explains are needed in the early stage of a coin’s development.

After all, you can’t easily use proof of stake to generate coins when there are relatively few in existence, unless you start pre-mining, or create some kind of IPO-fuelled genesis block.